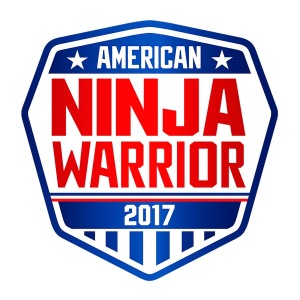 There’s something unique and truly special about ANW. It’s not just an obstacle course, it’s a way of life. Everyone participating has a compelling story and all the competitors support one another. There’s no other event quite like it. So when the opportunity to become an audience member presented itself, I absolutely jumped at it. I thought it would be something fun my son and I could do together, especially since we’re both fans of the show.

ANW uses a company called On Camera Audiences to recruit and manage their audiences. The process of becoming an audience member is fairly straightforward and begins with a visit to the On Camera Audiences website. There’s a list of available dates and times, and you simply choose the one you want to attend. Reserve the tickets, print them out, and you’re on your way. Sometimes there are different time slots available for the same day, which can be a bit confusing. More on that later.

The taping we’d be attending took place on March 9th at Universal Studios in Los Angeles. The episode was a special, Celebrity Ninja Warrior, in support of Red Nose Day. Our designated arrival time was 6pm but we got there early to ensure there was plenty of time to park and find where we were supposed to be. What I didn’t realize then was what a huge mistake arriving that early would turn out to be.

We found the area where audience members were waiting and took our place in line. The On Camera Audiences website said entrance to a show was not guaranteed so we were happy to see that not too many people were in front of us. We were given releases to sign and wristbands, and then waited for shuttle buses that would take us to the actual location where the show would be taking place.

At this point I was extremely excited. Here we were, about to get to see ANW live and in person! I had no idea who the celebrities would be or how it would work but I couldn’t wait to find out. Unfortunately, my 12-year-old-son, Ryan, didn’t share my enthusiasm. He’s not big on waiting around and we weren’t on the set yet so I figured maybe he’d get more into it once things got rolling.

The shuttle came and we were the last two people on. I got to sit in the front seat and chat with the driver during the short ride. It was different and fun to be at Universal Studios as part of a production rather than visiting as a tourist. I thought of all the times I’d ridden the tram on the famous Universal Studios Tour but never thought I’d be riding on a bus as an audience member.

Our destination was another line, this time right outside the set. We couldn’t see anything of the set from where we were. Next to the line there was a pop up gift shop selling t-shirts, sweatshirts, water bottles, and other ANW souvenirs. While we were waiting to enter the set, staff members passed out red noses that we could wear during the taping.

We were eventually told the production was ready for us and were shepherded onto the set. My first glimpse of the course shot a fresh wave of excitement through me. It looked amazing! We were led to the bleachers where the audience sits and ended up almost right next to the famous Warped Wall. We were also pretty close to the booth where Matt Iseman and Akbar Gbaja-Biamila do their commentating.

By now it was after 7pm and we’d been there for nearly two hours. Ryan and I hadn’t really eaten dinner and we were both getting hungry. There was nowhere to get anything to eat and audience members weren’t supposed to bring food or drinks onto the set. However, there were people all around us with food and smelling it was driving us crazy. They must have sneaked it in. Audience members are searched by security before being let on set but staffers must have let the food through.

At one point, staff members threw some candy into the audience but that was like throwing tiny little cat treats into a hungry lion’s cage. To make matters worse, we weren’t able to catch any of the candy. Someone mentioned there were bottles of water somewhere, so I went looking for them. I was able to find a lukewarm, 8 oz. bottle of water, which Ryan downed in practically one gulp.

After a while, we started seeing some of the Ninjas walk by: Flip Rodriguez, Meagan Martin, Grant McCartney. They were all friendly, smiling and waving to the audience. A couple of kids even got Flip to sign their red noses. Eventually Matt and Akbar arrived and ascended the ladder to their perch. They were also friendly, chatting with the audience as they got ready to do the show.

One thing I always wondered while watching the show was whether or not the ninjas could hear what Matt and Akbar were saying while running the course. It turns out, you can’t. You can only hear them if you’re close enough to hear what they’re saying without their microphones.

Finally, sometime well after 8pm, taping got under way. The funny thing was, I didn’t know who the first few celebrities were, just the ninjas! However, one person really impressed me – Nick Swisher. He was super cool and made it through the entire course on his own (something the first two celebrities we saw were unable to do). However, he had a little trouble getting up the Warped Wall. Nick’s shoes seemed to be the problem so Drew Drechsel switched shoes with him. Akbar pointed to Drew’s feet, now sporting Nick’s shoes and said, “What are those?!?” Of course everybody cracked up!

With Drew’s shoes, Nick was able to get up the Warped Wall. But then Drew went up the Wall, too – in Nick’s shoes! I enjoyed watching Nick and Drew so much, I couldn’t wait to see how it all played out on TV.

While I was able to ignore my growling stomach and focus on how entertaining everything was, Ryan was not. By 9:30pm he was beyond hangry. We’d only seen three celebrities run the course but Ryan was done.

On our way out, we picked up an ANW hoodie for Ryan. Once we were on the shuttle bus heading back to the parking lot, Ryan declared it had been a good day. I suppose the hoodie helped!

I loved being in the audience but I would definitely do things a little differently. While getting there early ensures a seat, I think it would’ve been better to choose a later arrival time and get there after eating a big dinner. (There are plenty of great places to eat at Universal CityWalk.) The downside is maybe having to stand rather than getting a seat on the bleachers, but the upside would be a full stomach. Also, the people standing had a better chance of getting a high five from a passing ninja or celebrity. Best of all? No waiting!

When the episode finally aired a couple of days ago, I was shocked that Nick had about 10 seconds of coverage. He was so engaging and did a fantastic job on the course! I was also shocked to discover the host was Jennifer Garner. Because of where we were sitting, I had no idea she was even there!

My family and I did have a blast spotting me and Ryan in the audience. There were a couple of places you could see us pretty clearly. I would definitely love to be in an ANW audience again – I’ll just make sure I’ve had dinner first!